The first covered bridges in Oregon were built by pioneers in the 1850's, and construction costs were typically financed by owners charging tolls. The state began providing standard bridge design in the early 20th century, the most popular being the Howe truss. Covered bridges continued to be built into the 1950s due to the shortage of steel and abundance of Douglas fir during World War I and II. Why cover a bridge? Covered wooden bridges ensure that the large wooden trusses remain dry. A covered bridge could last up to 80 years, while an uncovered bridge would only last eight. With the help of Senator Mae Yih and the 1987 Legislative Assembly, the Oregon Covered Bridge Program was created to help fund maintenance and rehabilitation projects throughout the state. The Weddle covered bridge over Ames Creek in Albany, Oregon, was the first bridge to receive grant money from the program.

This curated collection contains photographs and documents concerning covered bridges in Oregon and debuted in September 2017. 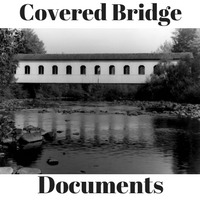 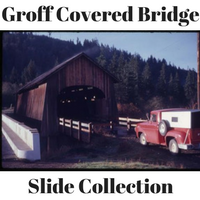