Hops and Flax: Pride of the Willamette Valley

As many an Oregonian and beyond knows, hops are a key ingredient in beer. Hops have roots here in Oregon as far back as 1867, and by 1880, more than a million pounds of hops were harvested in-state. By 1905, Oregon was the leading producer of hops in the U.S., providing hops for nearly 1 in every 10 pints of beer worldwide. Today, Oregon is the second leading producer of hops in the U.S., behind Washington state.

Flax was first grown by Oregon settlers as early as 1844. In addition to being an important source of fiber for textiles (linen), twine, fishing nets, etc., flax seed was processed into linseed oil and cattle feed. Harvesting and processing the flax plant was complicated, and many of the publications and photographs in this online collection highlight these complex processes, demonstrating the eventual waning of flax farming across the state. The last fiber plant in Oregon closed in the 1960s.

This collection looks at the importance of these two specialty crops to Oregon's economy past and present. Included here are photos taken during the 1930s by noted photographer, Dorothea Lange, and many others from the Trover Studio Collection that document life in the Willamette Valley from the late 1800s through the mid-1900s. In addition to the photos, there are many reports and pamphlets celebrating these two commercial crops.

There is an online exhibit at the Oregon Historical Society called Flaxen: From Flax to Linen in the Willamette Valley with hand-tinted glass lantern slides.

This online collection debuted in February 2019. It complements our current physical exhibit on display on the second floor across from the State Librarian's office. 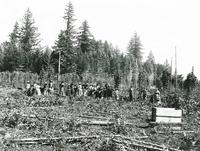 Cost and efficiency in fiber flax production in the Willamette Valley, Oregon

Cost and efficiency in producing hops in Oregon

culture and manufacture of flax for fibre and seed, with special reference to the industry in Oregon

economic study of the hop industry in Oregon 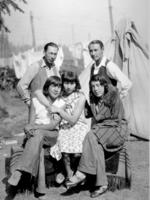