Although the concepts of eugenics have existed long before, the term was first coined by Francis Galton in 1883. Galton, a half-cousin of Charles Darwin, wished to apply the principles of the theory of evolution and selective breeding to humans. In practice, eugenics sought to improve the genetic quality of the human race by restricting marriage and reproductive rights for individuals deemed degenerate.

Oregon was one of 33 states to enact eugenics law in America. Bethenia Angelina Owens-Adair, one of Oregon's first female physicians, helped write and promote the bill that was used to create the Oregon Board of Eugenics. Oregon's first state librarian, Cornelia Marvin Pierce, was a supporter of Dr. Owens-Adair and a proponent of eugenic sterilization. The bill was first introduced and passed in 1909, but was vetoed by Governor George Chamberlain. The second bill was introduced, passed, and signed by Governor Oswald West in 1913. The Anti-Sterilization League, led by Lora Cornelia Little, succeeded in getting a referendum that repealed the Oregon Sterilization Act of 1913. But in 1917, the bill was re-introduced and signed into law without need for a voter-approved referendum. The 1917 statute established the Board of Eugenics, responsible for determining which individuals would be sterilized. The law was amended in 1919 to include an appeals process for patients and their families, and was codified into Oregon statute in 1920.

In 1921, the 1917 statute was deemed unconstitutional by the Circuit Court of Marion County on the grounds of some unfair proceedings. The Board of Eugenics revised their practices, and a new law was signed and passed in 1923 to bring eugenics back to Oregon. The Board of Eugenics changed its name to the Board of Social Protection in 1967, after WWII and during the Civil Rights Movement. However, their practices remained unchanged. The last known forced sterilization occurred in 1981. A subcommittee of the Oregon State Senate finally repealed the eugenics statute and abolished the board in 1983. Governor John Kitzhaber, a member of that subcommittee, issued a formal apology on December 2, 2002, and declared December 10th as Human Rights Day. In his address, he states, "as we celebrate the progress we’ve made, we must also acknowledge the realities that darken the history of our state institutions." There was a total of 2,648 individuals sterilized in Oregon.

View the full Eugenics Collection in the State Library catalog. This digital highlight debuted in December 2017.

[Report of] the Eugenics record office at the end of twenty-seven months work, Jan. 1st, 1913 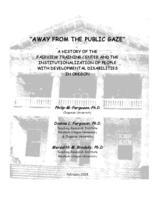 Away from the public gaze

Dr. Owens-Adair; some of her life experiences

Education in sex and heredity

Education in sex and heredity

Eugenical sterilization in the United States

first study of inheritance in epilepsy

hereditary factor in the etiology of tuberculosis 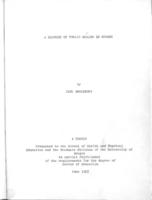 history of public health in Oregon 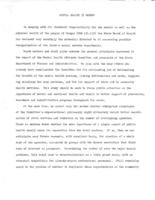 Message of James Withycombe, Governor of Oregon, to the twenty-ninth Legislative Assembly, 1917

present status of eugenical sterilization in the United States